A Little Christmas Feeling in London 2018

Good friend Patrik, come up with the idea to spend a weekend in London leading up to Christmas.  A bit of quality time together.  It took a bit of planning to coordinate our flights to land at Gatwick as close as possible to one another with him arriving from Stockholm and I from Copenhagen.  Accommodation was booked in a part of London I had never visited.  The East End or more specifically Whitechapel (yes, the 2nd stop on the Monopoly board).  We had booked the Whitechapel Hotel.  A nice modern reasonably priced hotel close to the London tube.  After a 40 minute train trip from Gatwick to Blackfriars and a switch to the tube to Whitechapel, we arrived at the the hotel.  Great room although while having its own bathroom it was amusing to find the hand-basin was actually in the room. 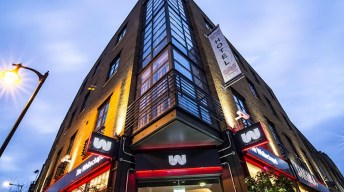 Time to load up on some fuel, we headed off to find a pub for lunch.  We stumbled into the Blind Beggar on Whitechapel Rd.  Unbeknownst to us we were stepping into a bit of local history which I had seen on TV and in film (“Legend” and “The Rise & Fall of the Krays”).  Mats would later fill us in on where we had unwittingly been.  The pub was the site of a gruesome killing by Ronnie Kray of George Cornell of the Richardsson gang.  The bullet hole still remain in the bar.  Ronnie & Reggie Kray were a pair of identical twins who terrorised the East End of London during the 1950s & 60s with their gang “The Firm”.  They rose from nothing to the top of the East End and Soho underworlds by gruesome intimidation and murderous methods.  They were genuinely feared.  Reggie was the brains and the calmer of the two while Ronnie was a mad homicidal paranoid schizophrenic homosexual.  The murder of a George Cornell at the Blind Beggar lead to the undoing of the Krays as the barmaid refused to be intimidate and testified against them.  It was the beginning of the end.  Great Pub, good selection of ales and fantastic “dog” menu. 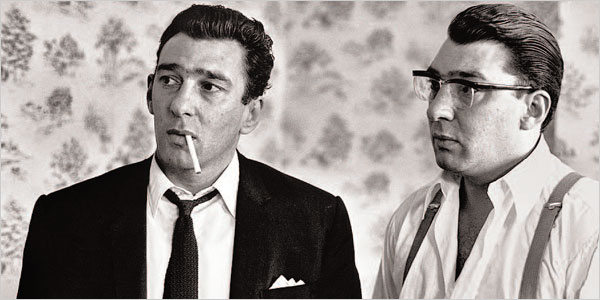 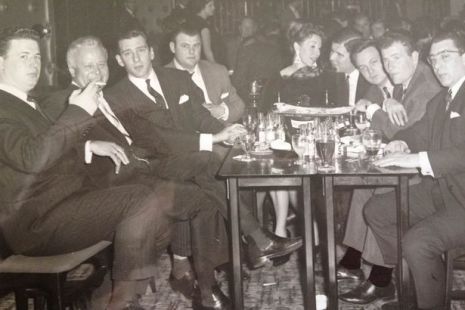 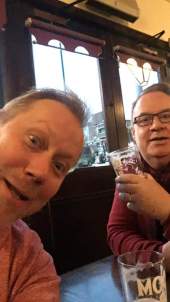 Whitechapel is an area in the East End of London just outside what they call “The City”.  The borough designated as the City of London was the site where Londinium was established by the Romans 1800 years ago.  The borough is now known for being the site of the financial district, the Old Bailey, the Tower of London and St. Paul’s.  Whitechapel Rd. was the old Roman road from the east into the Old City of London.  As accommodation was scarce in the old city, coach stops and guesthouses grew up along the road.  By the late 16th century, the suburb of Whitechapel and the surrounding area had started becoming ‘the other half’ of London.  The name Whitechapel probably arose from the church of St Mary Matfelon (the church no longer exists as it was destroyed during the blitz in WWII).  Whitechapel being located outside the City Walls and beyond official controls, it attracted the less fragrant activities of the city, particularly tanneries, breweries, slaughterhouses and foundries (including the Whitechapel Bell Foundry, which cast USA’s Liberty Bell and London’s Big Ben).  As the city expanded it saw the rise of slum areas which evolved into the classic “Dickensian“ London, with problems of poverty and overcrowding.  Whitechapel’s warrens of small dark streets contained the greatest suffering, filth, danger, gin parlours and prostitution.  Having once sung the role of Fagin in Dickens’s Oliver Twist, I found out one of Fagin’s dens was located in Whitechapel and Fagin himself, was possibly based on a notorious local ‘fence’ named Ikey Solomon.

However, Whitechapel is probably most famously known for the activities of the “Whitechapel Murderer” in 1888 or as we more commonly know him – “Jack the Ripper”.  Attacks ascribed to Jack the Ripper typically involved female prostitutes who lived and worked in the slums of the East End of London whose throats were cut prior to abdominal mutilations.  The removal of internal organs from at least three of the victims led to proposals that their killer had some anatomical or surgical knowledge.  The name “Jack the Ripper” originated in a letter written by someone claiming to be the murderer.  The public became more increasingly convinced that the murders were by a single serial killer mainly because of the extraordinarily brutal nature of the murders, and because of media treatment of the events.  Extensive newspaper coverage bestowed widespread and enduring international notoriety on the Ripper, and the legend solidified.  A police investigation into a series of eleven brutal killings in Whitechapel up to 1891 was unable to connect all the killings conclusively to the murders of 1888.  Five victims—Mary Ann Nichols, Annie Chapman, Elizabeth Stride, Catherine Eddowes, and Mary Jane Kelly—are known as the “canonical five” and their murders between 31 August and 9 November 1888 are often considered the most likely to be linked. The murders were never solved, and the legends surrounding them became a combination of genuine historical research, folklore, and pseudohistory.  The term “ripperology” was coined to describe the study and analysis of the Ripper cases.  There are now over one hundred hypotheses about the Ripper’s identity, and the murders have inspired many works of fiction.  The 3rd victim Elisabeth Stride was actually a Swede by the name of Elisabeth Gustafsdotter and was murdered not far from our hotel. 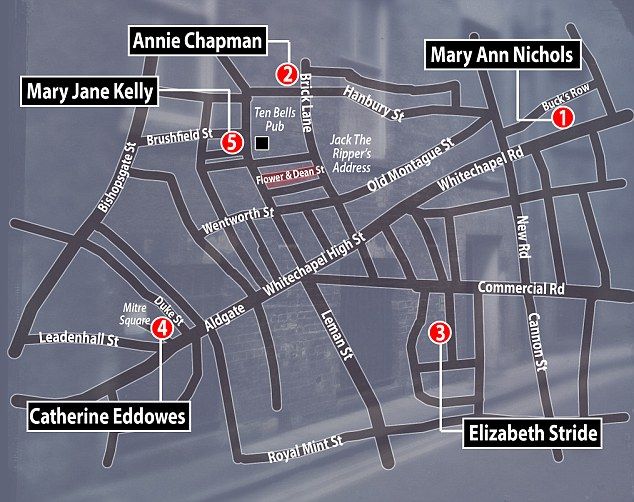 With lunch under our belt it was time to get ready for an evening on the town visiting old haunts, dinner & a show.  I just love the London Tube.  It is so efficient although if you asked a Londoner you would only here complaints.  First stop Leicester Square and from there to Rupert Street & The Yard bars.  It is amazing how after so many years you can lose your sense of direction in a city you know so well.  I have a pretty good sense of direction but the crowds made it difficult at times.  Finally, having found The Yard we discovered how much it has changed since Patrik and I haunted the place.  While maintaining its unique outdoor style, the atmosphere had changed some what to one of suits and Kardashian wannabes.  Fortunately, the Rupert Street bar was right opposite and the atmosphere there hadn’t changed a bit.  Suitably refreshed and memories re-lived it was off to Chinatown in Soho for Dim Sum at the Dumplings Legend.

Dinner done, time for a show.  A must when in London.  We chose to check out a 2 man show which had received top ratings from the Edinburgh Fringe Festival – “Hot Gay Time Machine” at the Trafalgar Studios in Whitehall.  Studio 2 is an intimate 90 seat theatre where you are no more than 3 rows from the stage and drinking is allowed 🙂  The show involved much audience participation.  Thank god neither of us were dragged on stage.  After much frivolity and musical hilarity, we decided to stop off once again for a drink on the way home at Rupert Street.  Looking forward to tomorrow.