Awoke in this morning and feeling not much better.  Had been a rough night.  Thankfully next to the hotel was a Shell Petrol station so while I was filling up with petrol I was able to buy some more paracetamol and fill myself up.  I decided that I would take a look around Göttingen to allow the drugs to take affect and decide on whether to head home or not.  After an hour in the town I felt well enough to push on.  It would be a 621 km drive taking about 7 hours with 1 hour on a ferry crossing between Germany and Denmark.  Worst case scenario I would put some kilometres under my belt and check into another hotel closer to home if needed.

Göttingen is famous for its old university (Georg-August-Universität), which was founded in 1734 by George II, who was king of Great Britain and Ireland and Prince-elector of Hanover.  It would become one of the most visited universities in Europe.  Its alumni include some well-known historical figures: the Brothers Grimm, Max Planck, and the German Chancellors Otto von Bismarck and Gerhard Schröder.  Some of the most famous mathematicians in history, Carl Friedrich Gauss, Bernhard Riemann and David Hilbert, were Professors here.  Like other university towns, Göttingen developed its own quaint traditions.  On the day they are awarded their doctoral degrees, PhD students are drawn in handcarts from the Great Hall at the university to the Gänseliesel-Fountain in front of the Old Town Hall.  There they have to climb the fountain and kiss the statue of the Gänseliesel (the goose girl).  This practice is actually forbidden, but the law is not enforced.  The statue is considered the most kissed girl in the world.  During the 1930s, Göttingen housed the top math-physics faculty in the world, led by eight men, almost all Jews, who became known as the “Göttingen eight”.  Their members included Leó Szilárd and Edward Teller.  The faculty was despised by the Third Reich, and as a result the University of Göttingen suffered greatly at their hands.  The Göttingen eight were expelled, and these men were forced to emigrate to the West in 1938.  Szilárd and Teller went on to become key members of the Manhattan Project team (the project that built the atom bombs used on Japan).  Ironically, the Nazi insistence on a “German physics” prevented German scientists from applying Albert Einstein’s breakthrough insights into physics, a policy which stifled the further development of physics in Germany and the German’s A-bomb efforts.  Göttingen was mostly untouched by Allied bombing in World War II due to the fact it was a hospital city for war wounded and was not of industrial or transport significance.

Having made it into the city centre, it was a chance to take a walk around and assess how I was feeling and plan how the day would develop.  Meandering the streets gave me a chance to take in the beautiful 15th & 16th century cross timber houses which lined almost every street.  All were original having being spared the bombing of WWII.  My wanderings eventually lead me to the town square and the famed Gänseliesel-Fountain (Goose-Girl) but I didn’t bother to climb up and kiss her as I took my PhD 28 years ago so probably a bit late.  From the town square I headed over to the Wilhelmplatz and the Great Assembly Hall of Göttingen University.  Time for a decision – go or stay?  I was definitely feeling better but I suspect that was the paracetamol talking.  Decision made, I’ll go.  After a quick stop at the supermarket to stock up on fluids, I navigated the car out of town and 2 hours north towards Hanover and the next assessment point. 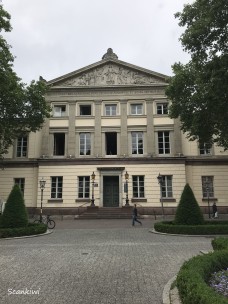 As Hanover approached I was still feeling up to driving so I ploughed on towards Hamburg.  As I approached Hamburg, I made the decision to leave the autobahn and head across country on smaller roads to avoid the traffic jams on the motorway ring around the city.  This was the result of a bad experience last year when returning from Belgium where it took me an hour on the ring to do just 10 km.  A good decision as the GPS started warning of traffic delays about 30 km out.  It may have been a little slower travelling but I kept moving north without any stop and got to enjoy the pleasant German countryside away from the monotony of the autobahn.

After 4 hours I reached Burg just outside Puttgarden where I would catch the ferry over to Denmark.  Before leaving Sweden 10 days ago, I had pre-ordered some alcoholic supplies for the summer at Calles border shop.  I was glad I did as I wasn’t feeling up to running around the store getting what I wanted.  All I had to do was just back in and load up.  All done in 10 minutes.  It was also good to take a break from driving and fill up on some paracetamol as the last hour I had begun to feel crap again.  I decided I would push on as I was now only 3 hours from home and one hour of that would be resting on the ferry.  I arrived at the ferry terminal about 3 hours before my original booking and hoped I could get on if there was a vacancy.  At check-in I was told the earliest I ferry I could take was 90 minutes before my original booking.  Thankfully there was a very kind German lady in the booth and when I explained I was sick and just wanted to get home, she took pity on my and let me go earlier. 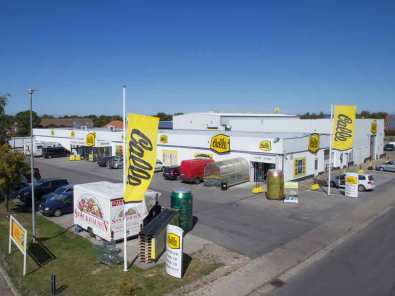 The remaining 3 hours of the trip flew by.  The ability to rest for an hour on the ferry and let the pills work made all the difference and the final run home flew by quickly.  It was nice to see home as I crossed the bridge between Denmark & Sweden.  I cruised into my parking just after 5.30 pm.  I grabbed what was necessary and the valuables from the car and headed to the apartment.  The rest could wait until tomorrow.  I think it took less than an hour and I was in bed.  I arrived home on a Wednesday and was supposed to return to work the next day but ended up confined to my bed for the next 2 days.  Just as well I pushed hard to get home for the next couple of days as I was much worse than I had been when I left Göttingen.  By the weekend I was feeling better and made the move to the summer house in Ystad for 2 months over the summer.  It would prove to be a record warm summer and gave the opportunity to swim everyday for 6 weeks.  I worked most of the summer as we had a shortage of staff due to sick leave & parental leave, so commuted everyday the 55 km by train.  This would prove to be a challenge as there was chaos on the rail system due to buckled rails as a result of the heat.  Several times I got stranded in the middle of nowhere when the trains had to stop.  Got good at finding alternative means of travel and became well acquainted with alternative routes.  On more than one occasion I was rescued by kind friends and their cars.  I did managed to enjoy a couple of weeks off in August and so here ends the summer of 2018. 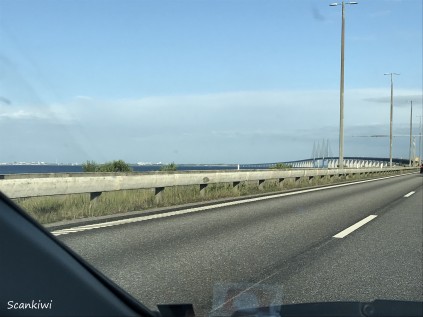 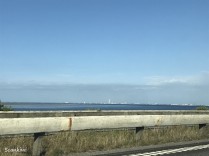 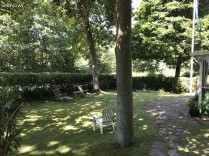 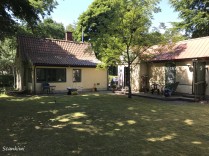