By the time I woke this morning I had felt I had been here a week after the intensive past couple of days.  The leg was getting better – a good sign! This morning my guide planned a trip to the countryside to get a taste of rural life and to make it authentic he had even hired a horse and cart. It turned out the owner of the stables had a NZer employed as his chief stable hand. So off we went at a leisurely trot among the chaotic traffic of Siem Reap. Once beyond the city limits we left the road for the Cambodian pasture land, weaving our way through local the countryside. This really brought to light the under-developed side of Cambodia. All modern conveniences missing, and the reliance on good old manual labour. A hard life!

We meandered among the rice paddies and fields filled with livestock including the power house of Cambodian agriculture – the Water Buffalo. The main crops grown are rice, peanuts, vegetables & mangos. As for animals it is pigs, chickens, ducks and the odd beef animal. Winter is over now in Cambodia and the summer just beginning so the landscape is very dry. The rains won’t come until August or September with the monsoon. The housing is very ram-shackled and consists mainly of bamboo and dried palm fronds. When building a house the 1st thing you do is put up a boundary wall around your property to mark your territory as the land surveys are not that accurate so you have to stake your claim. Then you have to buy soil to lift your land level above the water level of the rice paddies.  By the time this is accomplished there is often no money left for the house. Even the schools are nothing more than bamboo poles, woven walls and palm roofs. All the children are immaculately clad in their school uniforms and cram themselves onto seats that are basically logs hauled into the school room. Always happy, smiling and waving.

With my trip through the countryside over, it was time to shower, pack and head for the airport for my flight via Bangkok to Yangon (Rangoon).  Probably this part of the trip was what I was most looking forward too. A step into the unknown. For until I met my cousin’s daughter Bianca in Sydney I had not met anyone who had been to Myanmar. Any information I had acquired had been via the internet.

The flight across Myanmar showed a very green and intensively farmed landscape disrupted very little by industrialization.  I duly arrived in Yangoon and proceeded to collect my visa which had taken two months to get.  The process of just collecting the visa and proceeding through immigration run smoothly but took nearly an hour and a half with visits to about 11 officials, all very polite, however giving me cause for concern as to what the rest of my stay would be like. Entry would only be allowed for a maximum of 25 days during the whole 2014. Well this trip would burn off 10 of those days leaving me only 15 more if I wanted to return.

My guide & driver were waiting dutifully as I left the terminal and whisked me away to my hotel in the centre of Yangoon. I must say I was shocked by the state of luxury which was afforded me both in the limo that picked me up and the hotel to which I was taken. I was not expecting this from a country which had been closed to the world for decades. First impressions – Myanmar was definitely richer than Cambodia.

Once ensconced at my hotel, it was a quick walk around the city centre before hitting the hay as this would be a very brief visit to Yangoon for next morning I would be picked up at 5am for my flight to Bagan. The things that struck me most in those first few hours were the lack of scooters (forbidden), lack of street lights (didn’t know it could be so dark in a city of 7 million) and how happy, friendly & polite that people seemed to be.  Well, all I can say is, this bodes well for the rest of my trip 🙂

(Side note: I still haven’t figured out the point of the window into the shower from the bedroom in the hotel) 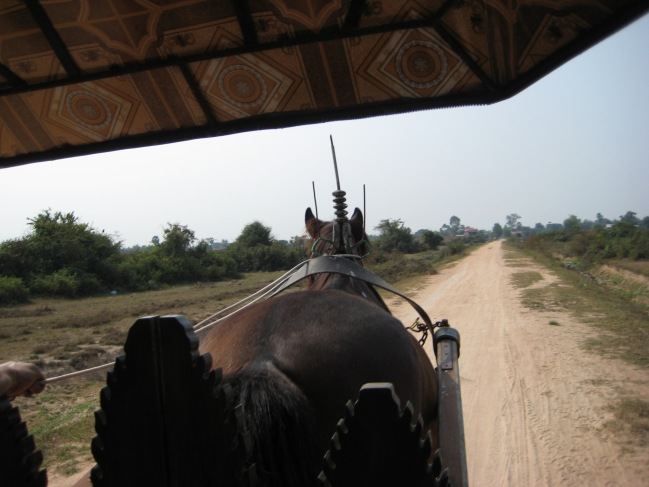 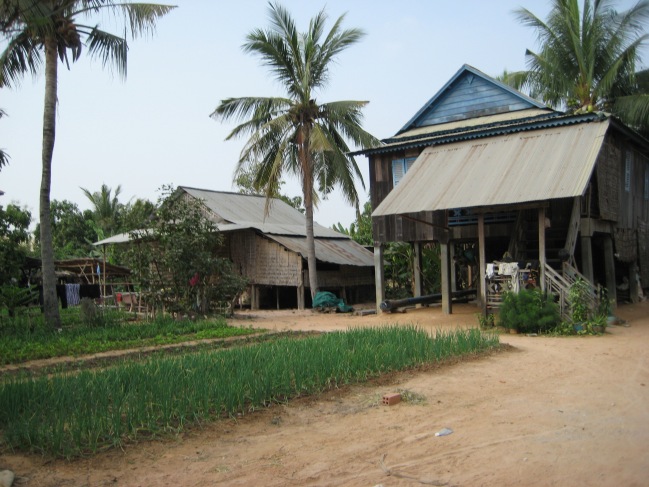 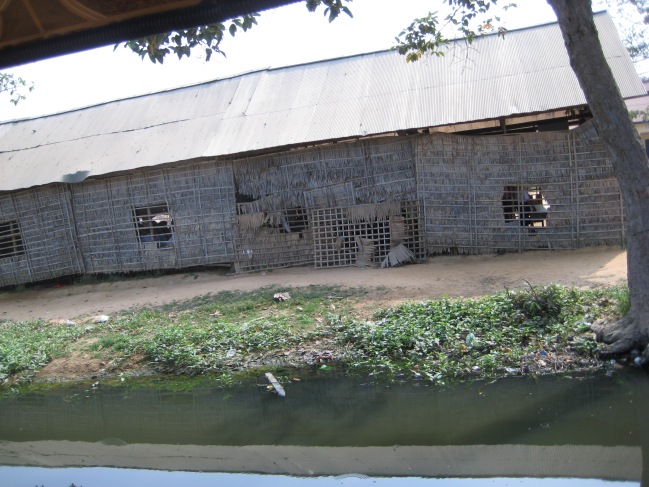 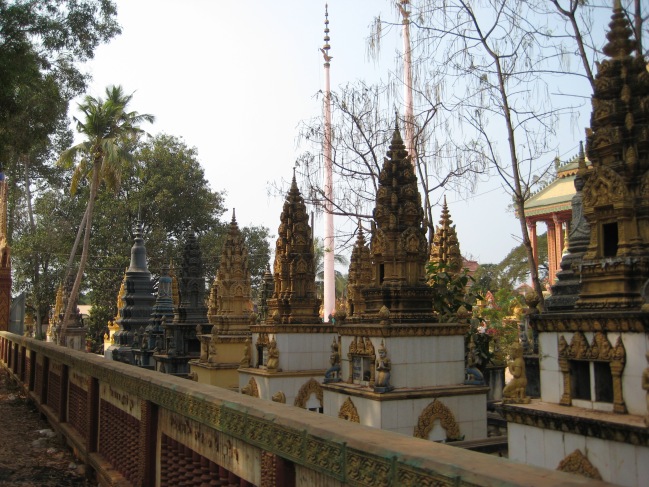 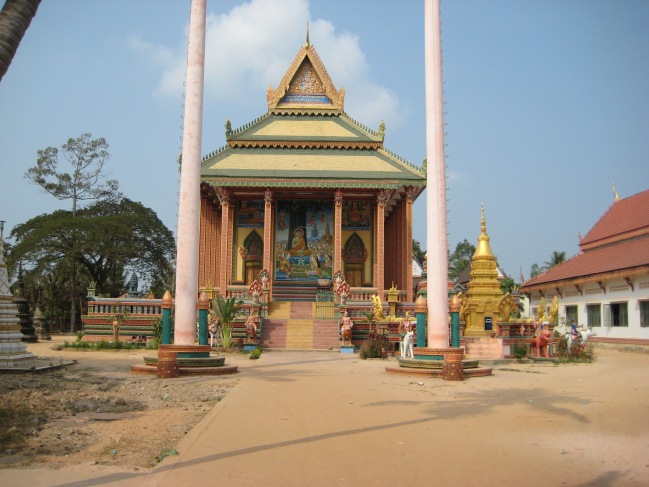 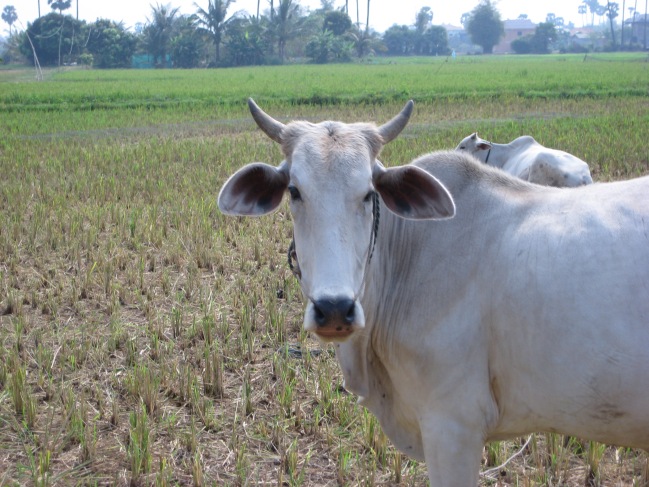 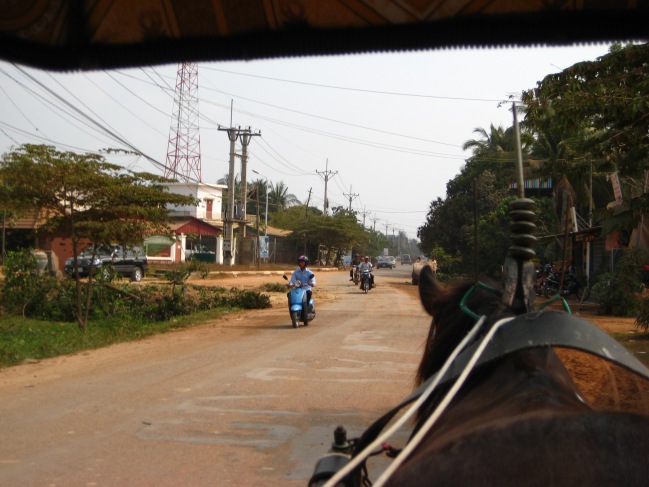 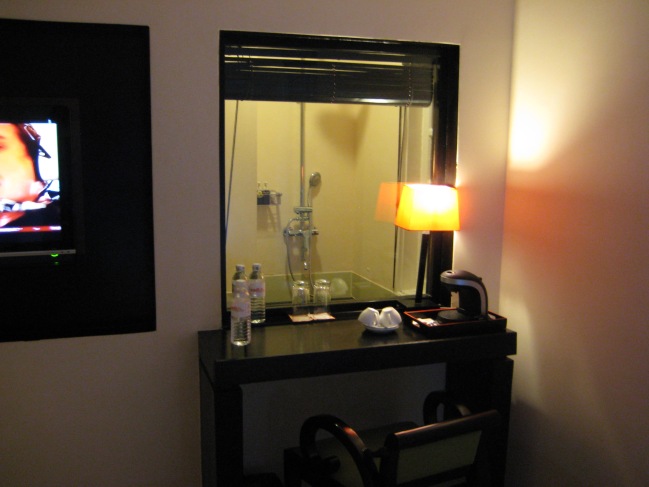