I dragged myself from my bed around 4.45am (an ungodly hour) and prepared myself as best I could at that hour for my 5.15am pickup and trip to Angkor Wat to watch the sun come up.  I can inform you that it is true that you can’t see your hand in front of your face at night in the jungle.  God knows if the other 500 or so nutcases like me who got up to see the sunrise, could? Anyway, none of us fell in the moat or broke any bones on the uneven stone causeways, and thanks to my guide I got a great spot to see it. The sunrise over the temple was spectacular, unfortunately the photos do not do it justice.

After a couple of hours there it was back to the hotel for breakfast and a rest before heading off out of town to embark on a cruise along Tonle Sap Lake (Khmer for “Great Lake”) to visit the floating villages.  It is the largest freshwater lake in SE Asia and is unusual for two reasons: its flow changes direction twice a year, and the portion that forms the lake expands and shrinks dramatically with the seasons. The rise and fall of the lake is over 8 metres and consequently it floods all the areas surrounding it and almost doubles in size.  The villagers therefore build their houses, schools, shops, restaurants etc. on bamboo and oil drum rafts to avoid being flooded all the time. Alternatively, they build their houses on stilts at least 8 metres over the water. Unfortunately, the cemeteries do not fair so well and lie under water for several months a year.

The lake provides alot of the freshwater fish for Cambodia which includes the Mekong giant catfish which can grow to 2 metres and weigh 200kgs.  It is also populated by crocodiles so no swimming. From the lake we travelled to the oldest temples in the area know as the Rolous Group (b. 800) and known as the birthplace of Khmer architecture. By this time I was well and truly ready for lunch which was in a very pleasant setting outdoors overlooking one of Angkor Thom’s many reservoirs.

You may notice in one of the photos a way overloaded van heading down the road. This was one of the cheap local buses heading for Phom Penh. A journey of about 350 kms and about 6 hours. Bugger hanging on like that for 6 hours in Cambodian traffic and on Cambodia’s bumpy roads.

After lunch we headed to the jungle temple of Ta Prohm or better known from the film Lara Croft: Tomb Raider. Unlike most Angkor temples, Ta Prohm has been left in much the same condition in which it was found. The jungle has not been removed and the trees are growing out of the ruins. In fact the interwoven relationship between tree and stone means that in several place the trees are actually holding the temple up.  It was also a very rich temple, and at the very heart is a chamber with walls filled by holes the size of golf balls. At one time these holes were filled with all types of jewels that encrusted the entire chamber. It was amazing to climb among the ruins and getting the feeling of what it must have been like to discover Angkor Wat.

Day 3’s touring come to an end with a visit to the Kings Palace in Siem Reap before heading back to the hotel for a swim and pre-dinner drinks.  Dinner this evening was provided by the travel company which included the largest buffet I had ever seen of Cambodian dishes followed by a display of Cambodian culture & dance.

All in all a very long day! 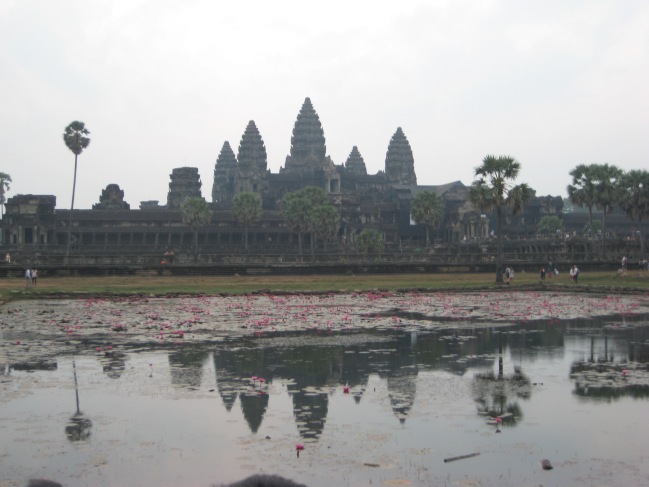 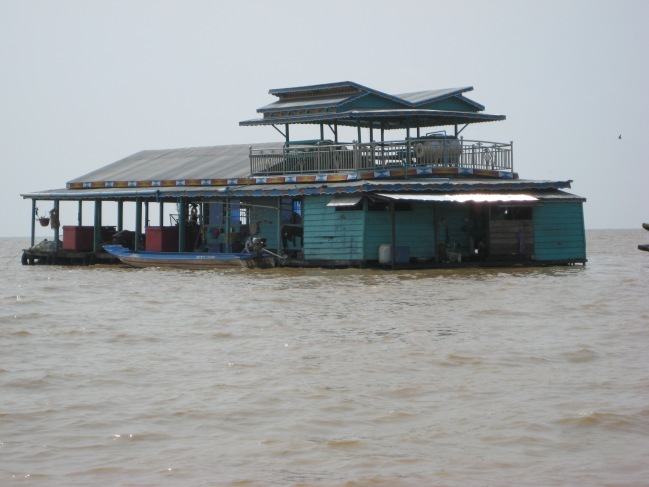 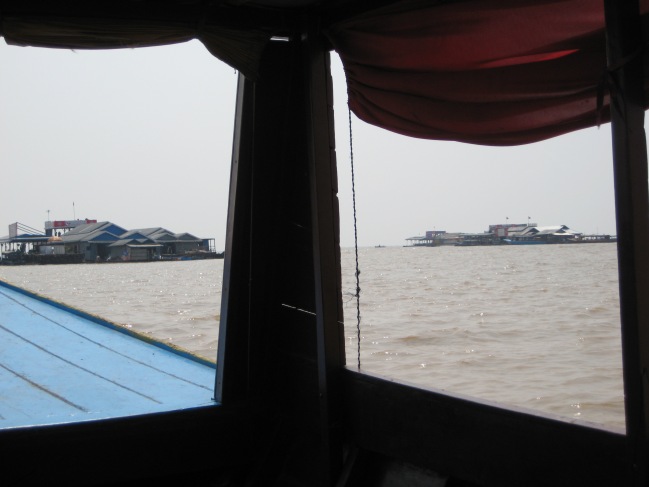 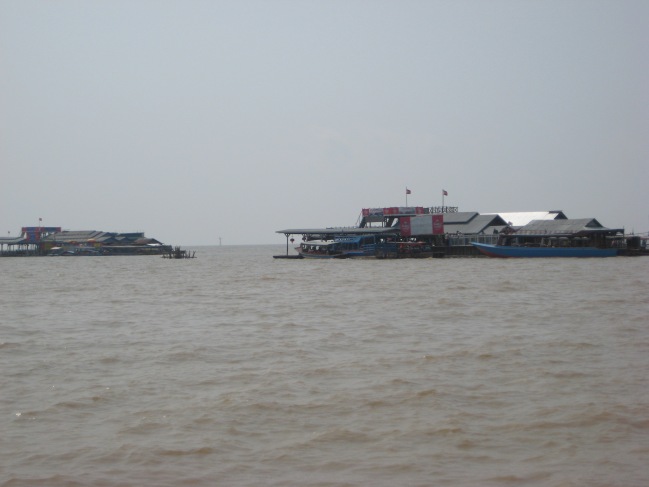 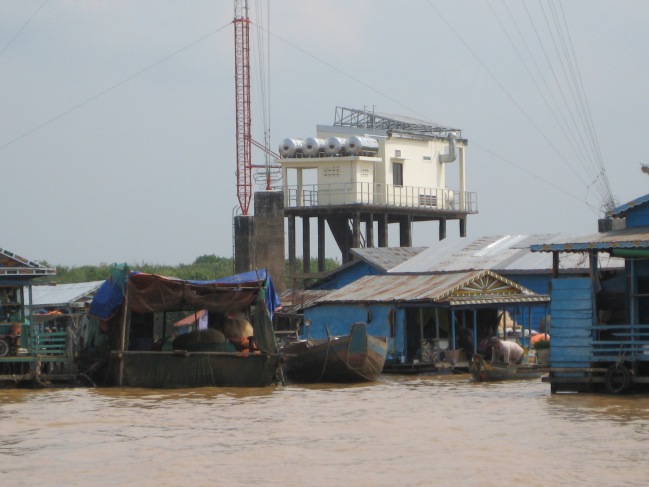 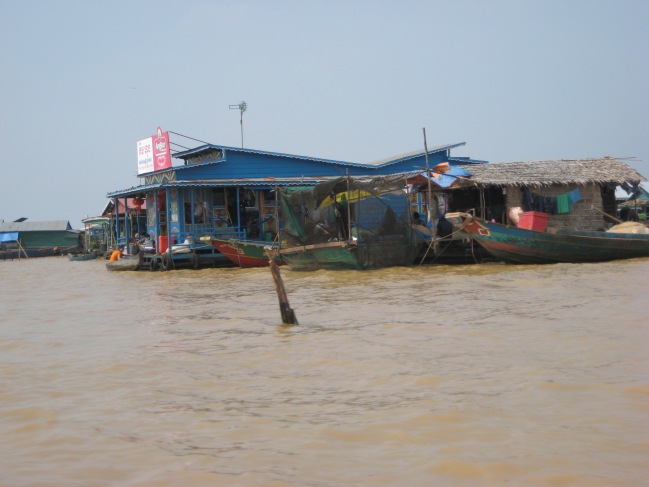 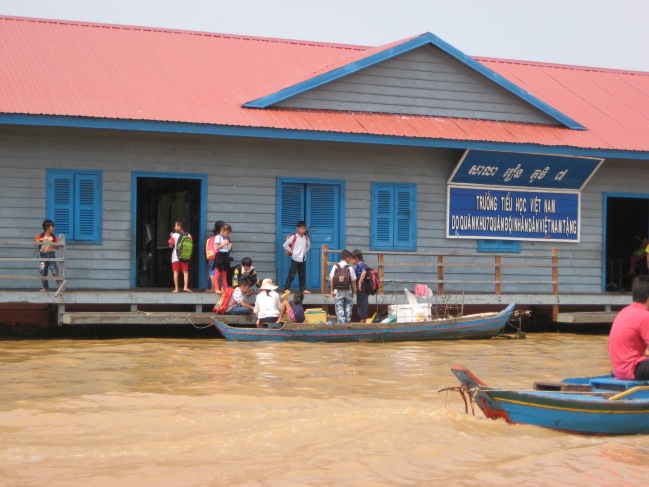 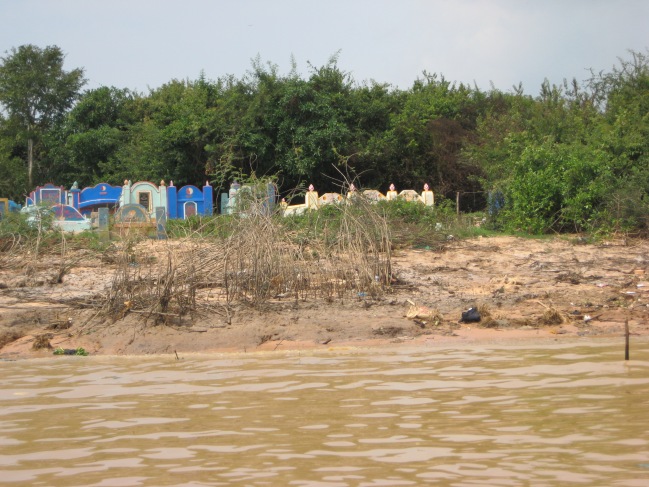 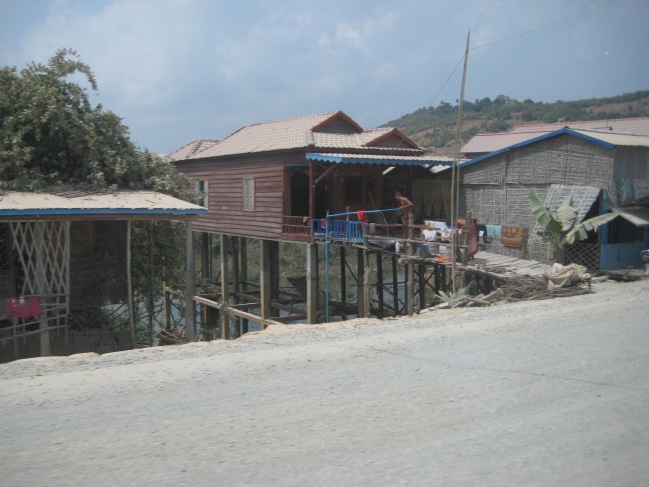 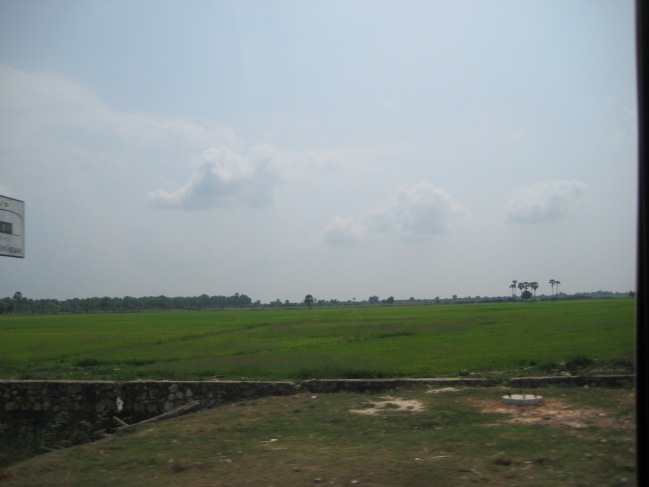 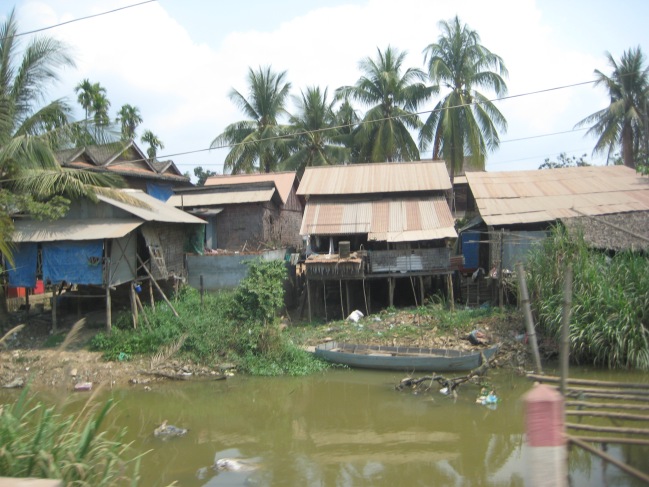 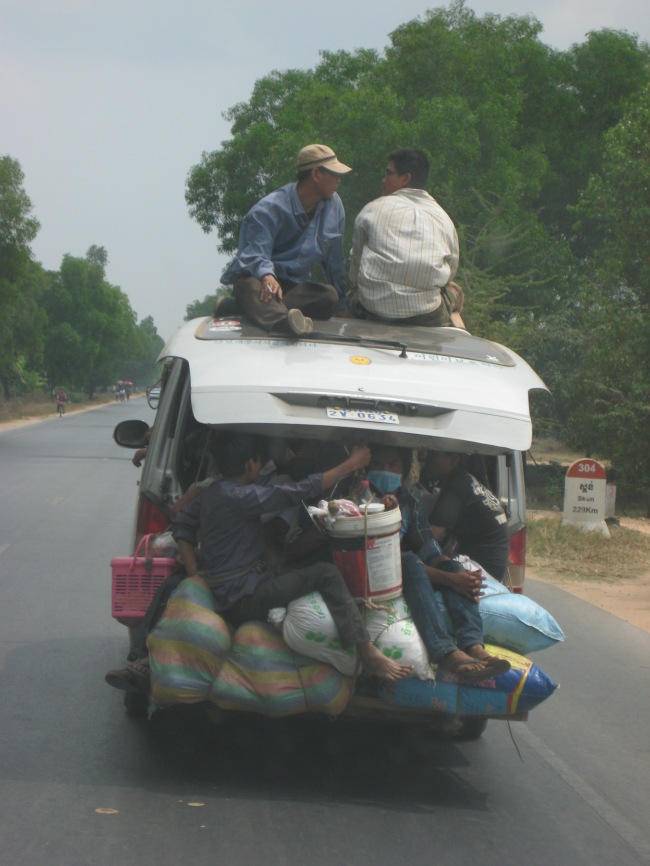 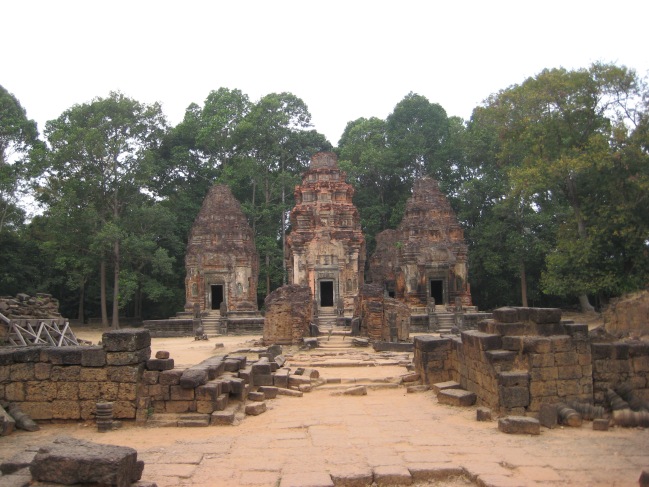 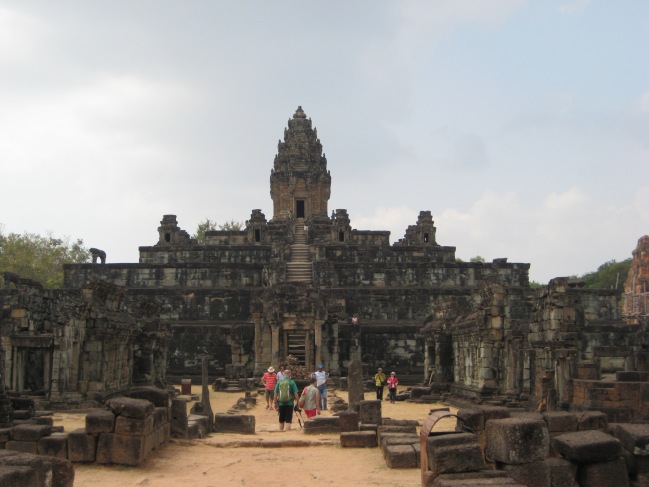 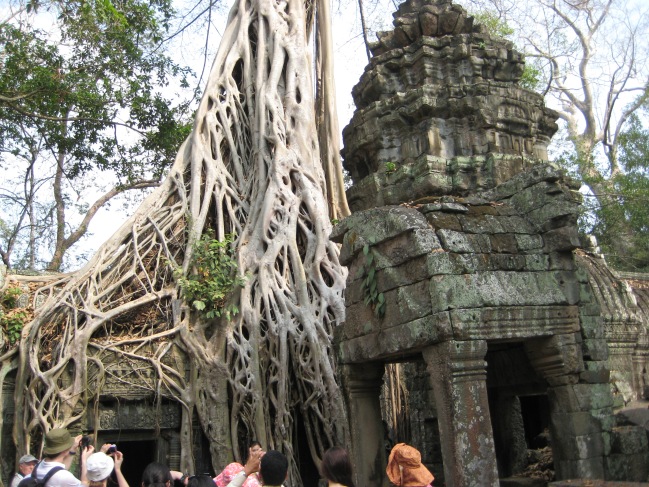 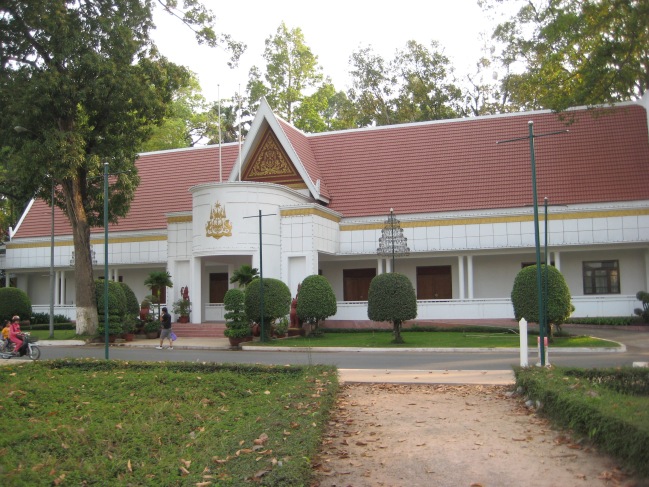 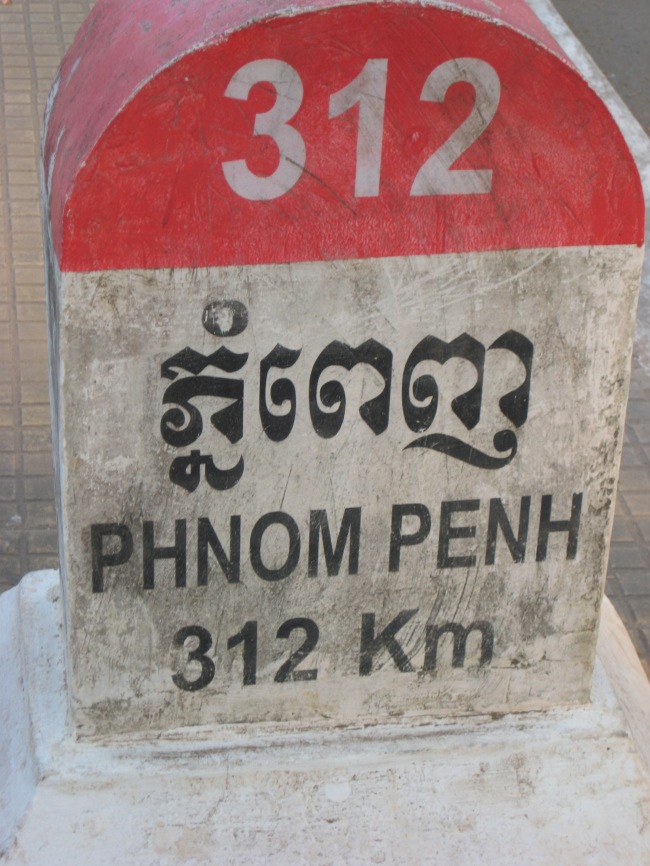 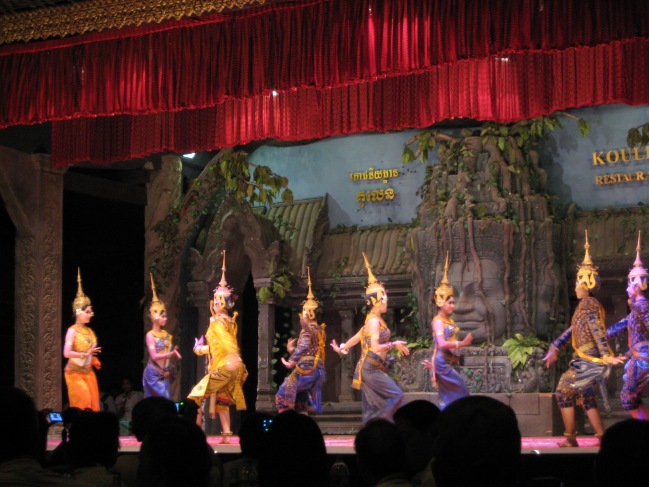