After spending the the morning at Hooge Crater and Lijssenthoek Military Cemeteries I was ready for a break. I left Lijssenthoek with reflections and emotions I had not experienced before and they filled my thoughts as I headed the 90 km to Ghent to meet my cousins.

The GPS got me into the city in time for lunch then it was just to find a car park and try and find my cousins. Little did I know I would have the luck of the Irish and randomly choose to park right outside the building they were eating lunch in. Odds of that in a city of canals and 250 000 people? Steve, Cathy & Jess live in the UK and I have had the chance to meet them over the years but Bron and her daughters Aimee & Kelsie live in NZ. I hadn’t seen Bron in almost 20 years, Aimee a bit more recently at uni, and I had never meet Kelsie at all. Reunions were made over lunch and then we headed out to explore this UNESCO marked city from the middle ages.

Ghent is a city of canals like Amsterdam and it was a major trading centre with direct access to Bruges and the sea and inland via the canals. It became famous as a centre of wool trading and later for its lace. During the First and Second world Wars Ghent was occupied by the Germans but thankfully escaped severe attack so all the original buildings are intact. It is famed for its hanseatic architecture and guildhalls of the merchants along the canals.

We took a self-guided walking tour through the old merchant quarters and markets crisscrossing the canals and cobbled streets.  It was in one of the back streets Bron and her daughters found a mode of transport they thought was uniquely adapted for their family to get around town.

Eventually we arrived in the centre at the Castle of the Counts built in 1180. The castle was built by Philip of Alsace after his return from the Second Crusade and he wanted to remind the town’s inhabitants who was boss. An impressive and picturesque structure little changed from that time. 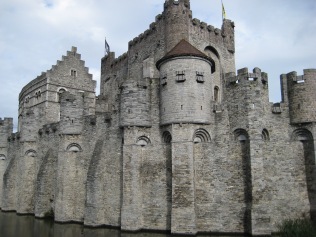 As the sun was beginning to go down and a need to rest the legs, the girls suggested we take a canal boat ride to continue seeing the sites. Armed with some Belgian chocolate we boarded a boat for what turned out to be a lovely hour in the setting autumn sun. 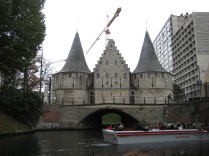 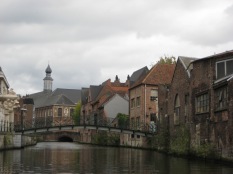 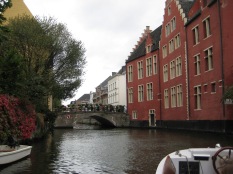 After the boat ride, some headed off for a rest at the hostel while Bron, Aimee, Kelsie and I headed off to add more to the parking for the car before exploring more of the city centre. Surprisingly, we found some autumn strawberries which were unexpectedly sweet and delicious for this time of year in Europe. We settled into a vegan cafe before heading back to their hostel for a tapas styled dinner accompanied with some beer and wine.

I must say their hostel was very imaginative for a hostel.  It was inside an old industry building on the canal. Inside the building, some of the rooms were actually old caravans decorated in rather unconventional ways complete with outdoor furniture.  Everything was recycled or should I say up-cycled.  A novel and interesting form of accommodation.  As the evening drew to a close it was time for me to hit the road back to Ypres, as it would take an hour to get back and there was another full day booked for tomorrow.  The cuzzies decided they would come down to Ypres and stay and join me at the commemorations. 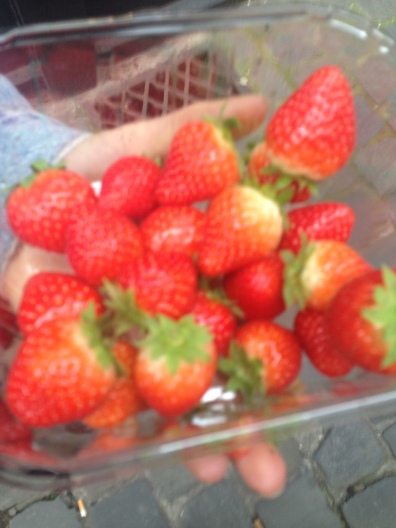 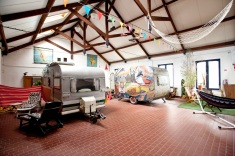 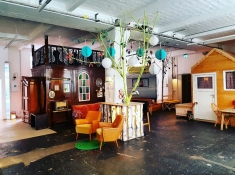 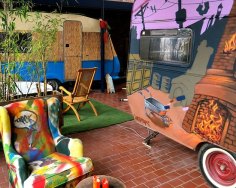 This entry was posted in Belgium, Ghent and tagged Canals, Castle of the Counts, Ghent, Hansa. Bookmark the permalink.